The system of workers’ compensation as we know it today in the USA is one that dates back many hundreds of years. Over this time you would assume that it would have been made more simple and easy to understand, but like those people who deal with it on a daily basis will tell you, it still remains arcane and highly complex. That being said, the rules and regulations that are stated within it remain vitally important in modern-day America for both workers and those organizations that employ them. 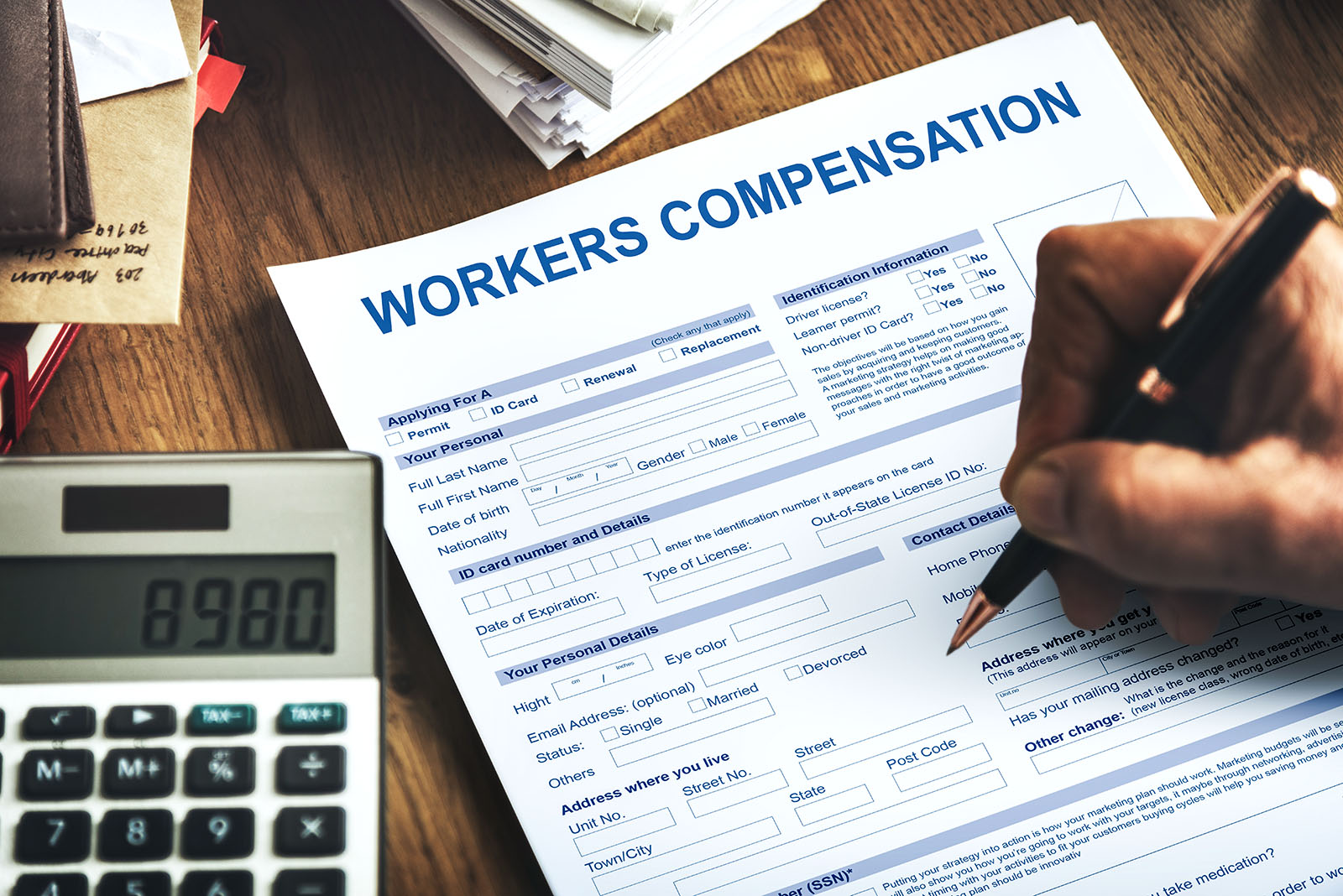 Origins of workers’ compensation throughout the world

It was not long after history first began to be recorded that references to people being compensated for experiencing injury or harm were mentioned. In ancient Sumeria (modern-day Iraq), the law of Ur Nammu was outlined in the fertile crescent and states that workers receive financial compensation for any bodily injury that they sustain. This dates back all the way to 2050 B.C. Similarly, the 1750 B.C. code of Hammurabi states that workers should receive certain rewards for specific injuries that they experienced. Ancient Chinese, Arab, Roman, and Greek law all outlined compensation schemes that detailed what payments a worker would receive for the loss of specific body parts. For instance, under ancient Roman law, the loss of a thumb was worth much more than the loss of a finger. If a man’s penis was somehow lost through work, then the amount of compensation that they received was based on the length of the appendage. Similarly, the value of a person’s ear was based on the amount of area that it covered. Each and every ancient compensation scheme worked just like this, with specific rewards being issued for specific injuries or harm. However, at this stage, there was no distinction between impairment and disability.

Over time, these compensation schemes were slowly replaced with feudalism during the Middle Ages, which had become the main structure for governing people. The decisions made regarding compensation for injuries were often very arbitrary during this period in history. Workers’ compensation was part of the idea of noblesse oblige, which saw lord care for their injured serfs.

As English common law came into place after the Middle Ages and the onset of the Renaissance saw legal frameworks developed, there were three legal principles that were developed for the purpose of determining what bodily injuries were subject to compensation. Because of how restrictive each of them was, they were dubbed as the unholy trinity of defenses. These are each listed below in more detail.

The assumption of risk – this doctrine was one that was incredibly far-reaching. It stated that workers are aware of the hazards of the job when they agree to do it. This means that by taking on the job, they are also taking on the risk too. An employer was required to implement whatever safety measures were necessary for the industry. However, this meant that actually very little was implemented and workplaces still remained very dangerous places to be. It was at the very start of a worker beginning a job that the assumption of risk was put together and agreed upon. However, at the same time, workers were also signing contracts that prevented them from suing their employer should they be injured whilst at work. Because of these, these contracts became widely known as either death contracts or worker’s right to die.

The fellow-servant rule – as part of this rule, employers were not deemed legally responsible if an injury to a worker came about through either negligence or the actions of another worker. This ruling was established in England in 1837 during the case of Priestly vs. Fowler. This came into effect in America in 1842 through the case of Farnwell vs. The Boston and Worcester Railroad Company.

Contributory negligence – where a worker was themselves responsible for causing an injury to themselves whilst at work, the employer was not deemed to be at fault for this. This was true regardless of how unsafe or hazardous the working environment was. For example, if a worker happened to slip and fall into a piece of machinery and lost a limb as a result of it, then that was deemed to be their own fault and they were not compensated for it. This was brought into effect in America through the legal case of Martin vs. the Wabash Railroad. In this instance, the freight conductor (Martin) fell off of a train. Despite the fact that this was because of a handrail that had come loose, he was not awarded any compensation because it was his job to check the train over for faulty parts and equipment.

Although these three laws were highly restrictive, the method of enforcing them was even more cumbersome. The only way in which an injured worker had any recourse was through the use of various torts. Just like they are today, these were very expensive things back in the 19th century. In fact, in most countries throughout the world, it was highly expensive just to simply file a personal injury lawsuit. As a result, they were something that the vast majority of workers could not afford to do. In fact, it was so difficult for injured workers to receive any form of compensation that in Germany the Krankenkassen and in England the Friendly Societies organizations were formed so that those workers who could afford it, could purchase insurance cover to protect themselves whilst at work. However, where tort law was pursued, some workers did occasionally win against the large employers of the day. Over the years it became more common that workers started to win their cases and so employers started to insure themselves against worker harm also.

Introduction of workers’ compensation in America

Whilst it is clear to see that the idea of workers’ compensation has been with us for thousands of years, it was not until the start of the 20th century that movements of organized workers became popular in America, campaigning for a true compensation scheme for workers. This saw the introduction of the Employers’ Liability Act in 1906, with it being slightly amended and updated again in 1908. The reason behind the delay in introducing workers’ compensation sooner was due to the fact that labor regulation in America was decentralized and so this posed a number of different obstacles.

There are a number of different statutes that exist in America relating to workers’ compensation. Each of these is modeled on the early Prussian compensation system. The main idea behind them is that there exists no-fault insurance and that accidents within the workplace are unfortunately a fact of life that cannot be avoided. The workers’ compensation scheme is there to provide financial recourse in a quick and efficient manner in order to minimize suffering for the individual. Those employers that participate in the scheme are subject to tort exemption for any injuries that their workers experience. A worker can sue a third party that is responsible for their injuries sustained whilst at work, but the proceeds received must first be reimbursed to their employer’s insurance carrier.

It is the rule that most workers’ compensation cases are handled by state compensation boards that have been created under legislation. That being said, decisions regarding workers’ compensation claims can be sent to the state court system for appeal. In the states of Louisiana, Alabama, New Mexico, Tennessee, and Wyoming, all workers’ compensation claims are sent directly to the courts – although there are specialist state agencies that exist in order to assist with this process. Over the years, the definition of what is classed as an injury that is subject to compensation has slowly evolved. At one point in time, it was deemed to be an industrial accident, but in more recent times this has changed to include language that relates to certain syndromes relating to overuse and occupational exposure. For instance, the law in Kentucky terms injury as being any change to the human condition that causes harm and has been caused through work-based activities.

There exists a clear distinction between disability and impairment – something that did not exist in the very earliest examples of workers’ compensation schemes. However, just like the ancient workers’ compensation schemes had, some states in America do still have systems in place that financially compensate workers specific amounts for specific injuries sustained. For example, in the state of South Dakota, having a thumb severed off will see a worker automatically be given 50 weeks worth of compensation no matter how much they are disabled or impaired by the injury.

Compensation is paid out to workers either through wage replacement for the entire period of the disability as well as in a one-off lump sum payment. An employer is required to pay for all of the rehabilitation and medical costs that the worker is subject to. The vast majority of employers are aggressive in their pursuit of rehabilitation and will even pay for certain work hardening schemes that are not actually required by law. This is because doing so is a cost-effective way of returning their worker to full function and hopefully negates the need of having to pay for disability payments for the remainder of their life.

The vast majority of states nowadays recognize that secondary injuries do exist. This is not something that has always been the case in America. During the 1920s, an Oklahoma-based worker that only had one eye, to begin with, was involved in an industrial accident at work which resulted in him losing his eye. As a result of this, the employer was required to pay for him losing his eye, as well as for the permanent disability (i.e. complete blindness) that had occurred as a result of it. Because of the actions of the compensation board, in this case, those employers that had workers with just one eye, or one leg, or one ear all got rid of these employees as they were now seen as too much of a risk. In order to stop this from happening, many states have put together a second injury fund, which is run by the federal government and is paid into by every private insurance company. These funds are used for the purpose of covering the difference for those instances when a worker is incapacitated by their secondary injuries due to a prior injury that already existed to some other part of their body. Despite the fact that the cost may be small and it involves minor details, the existence of these secondary injury funds is actually very critical for the purpose of making amputees employable.

If you have been subject to injury at harm whilst at work and you want to file a claim so that you can get the compensation that you are entitled to, then the guys at Calhoon and Kaminsky P.C., will be able to help you with this. No matter what happened or what injuries were sustained, this firm will do everything that it can to ensure that your case is successful and that compensation is maximized.