Coaches seldom get a ton of love when it comes to collegiate and professional sports. They’re mostly afterthoughts unless things go wrong.

Professional soccer may be the one exception. Their managers are paid like athletes, and that’s just not the standard anywhere else. Even in college, where coaches are more prone to receiving credit than the pros, great ones can fly under the radar. 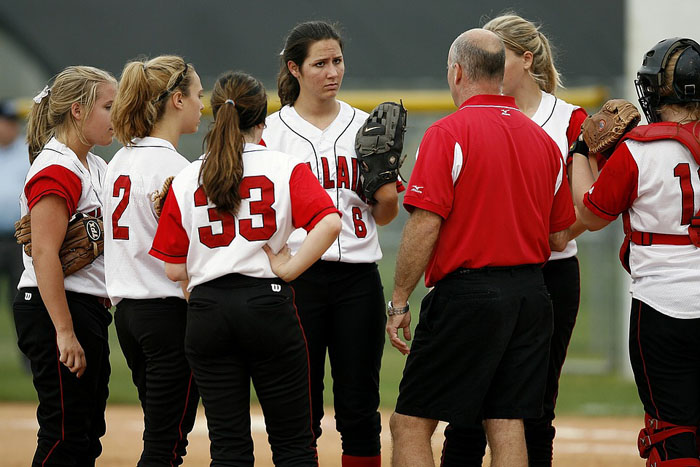 You don’t see their contributions come up in the box score. You don’t hear about the work they’re doing in closed-door practices. You don’t see their name pop up at the best sportsbooks unless you’re investing in Coach of the Year odds. You don’t know what lengths they’ve gone to mentor players, or to help them improve at their craft.

If a team loses a game or a bunch of games, that’s when you’re most likely to hear a coach’s name. Their mistakes are put under a microscope; their greatest triumphs are first and foremost credited to the players. And the latter is deservedly so. But that doesn’t change the fact that we could all stand to stop and appreciate some of the all-time greats who managed elite teams and racked up plenty of championships from the sidelines.

In the spirit of that, we’ve scoured the record books across all sports, both collegiate and professional, and compiled a list of what we believe to be the best coaches in history.

Truly great college coaches are hard to come by, particularly in basketball. Sure, the same powerhouse schools reappear on the headlines again and again, but the field of competition is so large, that it’s easier to get lost in the shuffle.

Not for John Wooden, though.

His greatest coaching feat came during a 14-year stretch as head coach of the UCLA Bruins. During that time, he secured 12 Final Four appearances, 10 National Championships, four perfect 30-0 campaigns and an 88-game winning streak.

“John Wooden” by Christine Cotter  is licensed under CC BY 3.0

For starters, an NBA coach’s job security has never been flimsier. The average gig doesn’t even last four years anymore. And even if you get to the point where you have carte blanche—think Gregg Popovich in San Antonio or Rick Carlisle in Dallas—the league’s competitive landscape is so deep it’ll be hard to piece together a dynastic run spanning multiple decades.

People will be quick to point out that he got to coach Michael Jordan and Scottie Pippen and then Kobe Bryant and Shaquille O’Neal. Cool. Coaching superstars isn’t easy. You have to juggle egos. That he was able to get his superstars to buy into an entire system for so long is perhaps his most impressive accomplishment—even more so than his rings.

Pat Summitt was crucial to the rise in popularity of women’s sports, specifically that of women’s college basketball. She was not only an advocate for greater exposure; she was damn dominant.

During her 38-year run as head coach of the Tennessee Lady Vols, the school won four National Titles and went to 18 Final Fours. She was also a coach on the 1984 Olympic Team.

Those credentials are beyond impressive, and she’d have even more to boast of if she didn’t pass away back in 2016.

Next to NHL coaches, MLB managers are probably the least celebrated of any head honchos. Don’t ask us why. We don’t know.

What we do know is that Casey Stengal has a case as the best coach of all time, bar none.

During a 12-year span as manager of the New York Yankees, his teams won 10—yes, 10—World Series titles, including an absurdly unreal five consecutive championships between 1949 and 1953. And his accolades didn’t end there. He amassed over 1,900 total MLB wins as manager of the Yankees, Dodgers, Braves and Mets.

“Casey Stengel” by Getty is licensed under CC BY 3.0

Among the four major professional sports in North America, the NFL gives coaches the slimmest chance of winning more than one championship. The competitive landscape is too unpredictable on a year-by-year basis, largely due to a small-sample season (17 games) and a win-or-go-home playoff format.

Of course, this hasn’t been an issue for Bill Belichick.

Over the course of his career, he’s won six Super Bowls, all of them in New England and all of them with Tom Brady as his quarterback. Some are starting to wonder whether Brady was more responsible for the Patriots’ dynasty than Belichick, but the jury is still out on that one.

No matter the verdict on that front, Belichick’s resume speaks for itself. He is typically able to carve out punchy defenses and solid running games without investing in huge names. That in addition to his Super Bowl count makes him a no-brainer inclusion.